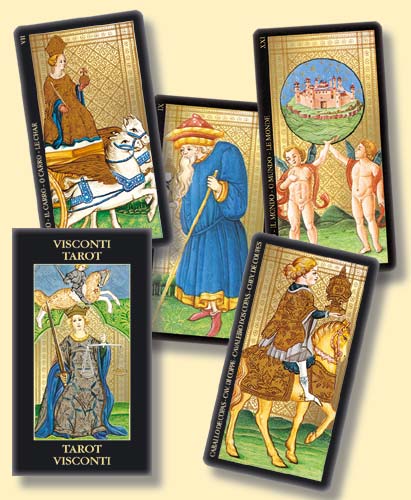 Believed to be the earliest, and most complete surviving tarot deck.
It was commissioned by the Visconti family who were the Dukes of Milan in the 1450's. These cards are universally recognized as one of the most extraordinary examples of miniature art and Renaissance symbolism. They have been restored and printed with gold foil to enhance its original splendor.

Contrary to popular belief, tarot cards were used for games long before they were used for fortune telling. They were the ancestors to modern trump, or trick-taking games.

We also include our booklet with a short history of Tarot cards,
and six of the earliest surviving Tarot games.