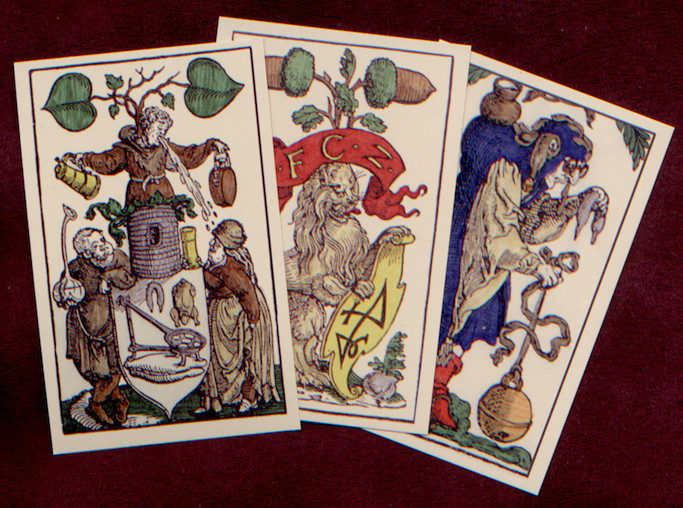 Nicknamed the "poop deck" by some historical hobbyists, this is our own replica of a satirical deck of cards dating from 1545 and designed by the German artist Peter Flötner. (See the video below for a closer look a the deck). It used traditional German suits as well as "unter" and uber" figures rather than jacks and queens, and omits aces. 48-card decks were commonly used for a trick-taking game "Karnoffel." It was played mostly by the lower classes, and some naughty or satirical images on this deck reflect the game's lower class origins (the name Karnoffel itself translates as "hernia") It includes several satirical images such a monk vomiting, scenes of farting, spanking and "excreting". The back are blank as was most common for early playing cards. Includes an insert with the rules for the game Karnoffel. They are about 3.5 " x 2.25" the size of a modern "Bridge deck."